Bill drops in for chocolate tasting 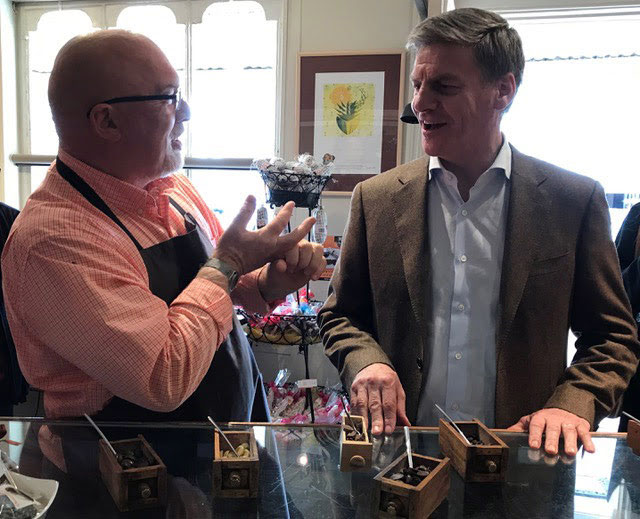 It's not every day that a Prime Minister pops in for chocolate. Rt Hon Bill English was on a pre-election whistle stop tour on September 5 when he called in at Schoc and Murray wasted no time in offering to read his 'chocolate personality' (or was that advice on how to run the country, Murray?). Mr English had other ideas and was much more interested in savouring chocolate.

"Bill was blown away by the Lime Chilli, how the different flavours came through at different stages and how we combine traditionally savoury flavours with chocolate and it really works.

"He was really interested in talking and listening to us, I think he really enjoyed his visit, we certainly did," says Murray.

Mr English and his wife Mary were given a large Langham box to take home. Hopefully it made it.